What is Operation Streamline? 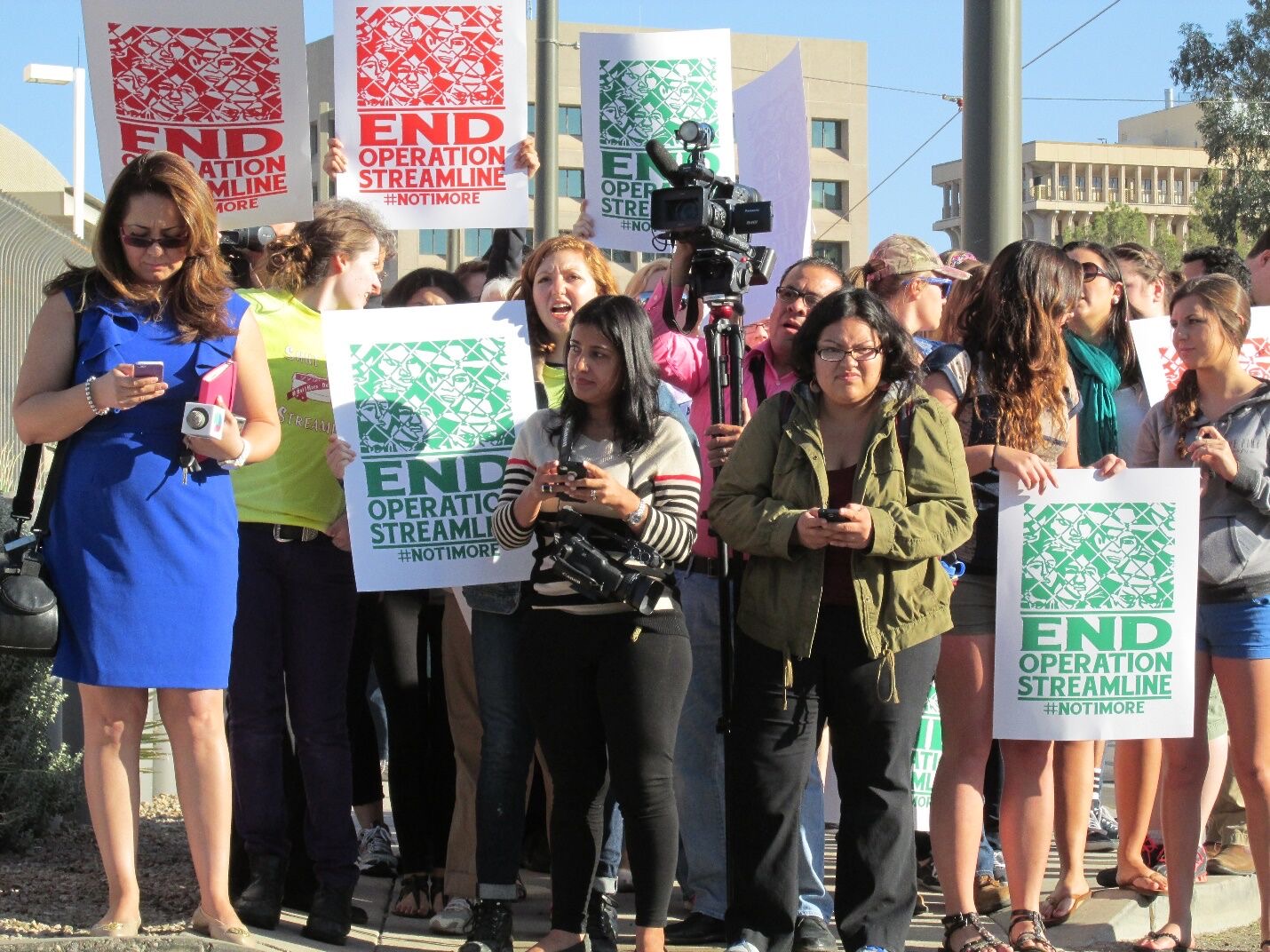 Operation Streamline is an initiative of the Department of Homeland Security and the Department of Justice launched in 2005 under a “zero-tolerance” policy to prosecute unauthorized immigrants as criminals. Streamline courts were created to deliver en masse fast-track criminal court proceedings. Streamline began in Del Rio, Texas, on December 16, 2005 and expanded to every border district except California. In 2018 new Trump administration zero-tolerance prosecution policies resulted in a new Streamline court in San Diego.

What happened prior to Streamline?

Being in the United States without proper documentation is a violation of immigration law, which is a civil not a criminal matter. Prior to Operation Streamline, U.S. attorneys were able to exercise prosecutorial discretion, initiating civil deportation proceedings against most undocumented immigrants while reserving criminal charges for repeat entrants or those with criminal records.

What Happens in Streamline courts?

Streamline courts are criminal courts. Unlike most federal prosecutions, judges condense the entire criminal proceeding including initial appearance, plea and sentencing into a a few hours on one day.
Streamline defendants are shackled at the hands, waist, and feet, although in Tucson shackles are removed before defendants enter the courtroom. Depending on the court location, as many as 100 defendants enter the courtroom for a single en masse hearing lasting two or three hours. All are advised of their charges, waive their constitutional rights, plead guilty to entering at a place other than a port of entry, and are sentenced. 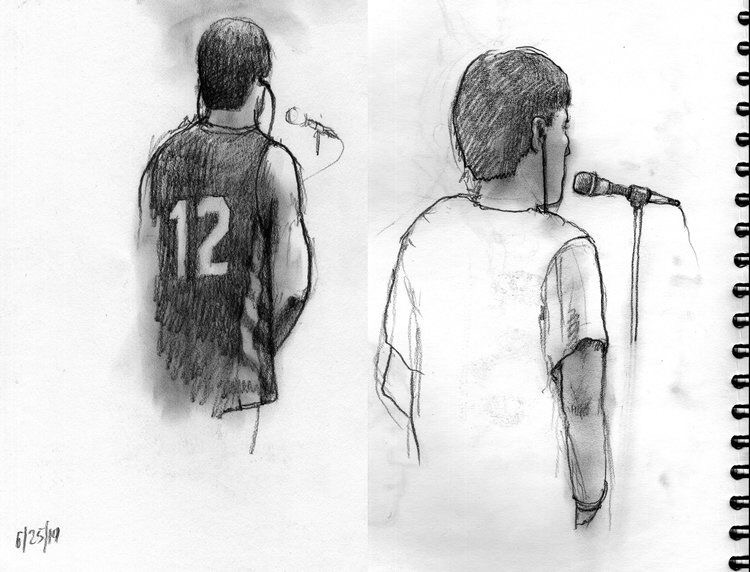 Illegal entry. Most first-time border crossers who are charged with illegal entry plead guilty and get a sentence of time served, i.e., the time that they have been in Border Patrol detention before going to court. They are deported with a criminal conviction on their record.
Illegal Re-entry. Those charged with illegal re-entry are offered a plea bargain. If they agree to plead guilty to the lesser violation of illegal entry, the felony charge of illegal re-entry will be dropped. The terms of the plea bargain include a sentence of 30 – 180 days in an immigration detention center. After serving the sentence, immigrants will be deported to their home country with a criminal conviction on their record.
When an individual is prosecuted as a criminal, the court must provide a defense attorney, and this applies to immigrants. Streamline defendants are represented by public defenders and court-appointed contract lawyers who may represent dozens of clients at a time, meeting with each one for only a few minutes before their court appearance.

Do Streamline defendants have lawyers?

Are Asylum Seekers Prosecuted in Streamline?

Yes. Immigrants who are fleeting violence and enter the U.S. without authorization are treated as lawbreakers and prosecuted for illegal entry or illegal re-entry.[Readmore– link to this website’s page on Asylum]

How Much Does This Cost the U.S Taxpayers?

Total costs are unknown.
Streamline courts have existed in multiple border communities since 2005, but after 14 years of this policy, no one knows what it costs.

Are There Other Costs? 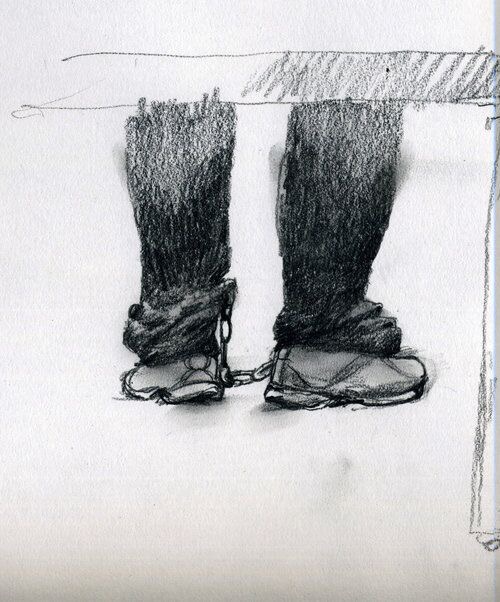 Criminal conviction
Acriminal conviction is a bar to future legal immigration for at least 10 years; it also contributes to perceptions of immigrants as“criminals.”
Incarceration
Incarceration results in lost income, separation from family, trauma, and exposure to abuse while in immigration detention centers.
Clogged Courts
U.S. federal courts are overwhelmed by immigrant prosecutions. In 2016 and 2017 immigration prosecutions made up almost half of all federal prosecutions.
Increased Migrant Deaths
Migrants choose more remote locations to avoid apprehension and are at greater risk of injury or death.
Reduced circularity of migration
Like all border enforcement efforts, Operation Streamline has resulted in a decrease in the historically circular pattern of Mexico-U.S. migration. As the risk of prosecution and imprisonment increases, migrants are more likely to settle permanently in the U.S. rather than risk returning periodically to their country of origin.
Enabling cartels
U.S. strategies of border militarization and criminal prosecution have spurred the growth of the human smuggling industry and encouraged cartels to enter and control this business.

Many Streamlined immigrants serve time in private prisons run for profit by well-connected corporations such as Core Civic and GEO Group. Lobbyists for these corporations donate large sums of money to federal election campaigns with the expectation of receiving contracts for housing people criminalized by the federal government. 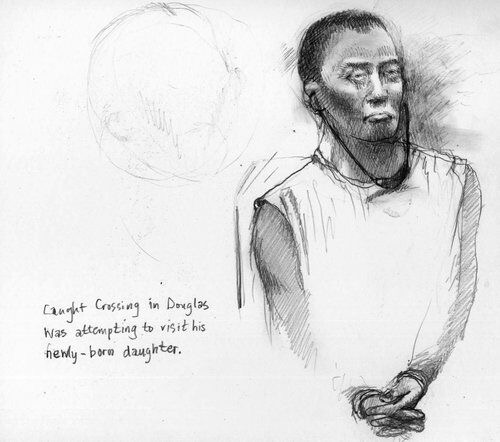 No large-scale studies have proved that criminal prosecution deters unauthorized immigrants. Yet the Justice Department, Department of Homeland Security, and many members of Congress claim that Streamline“works.”The Office of Inspector General for the Department of Homeland Security studied the Border Patrol metrics for evaluating a deterrent effect and in 2015 found them to be insufficient.[linkto OIG report https://www.oig.dhs.gov/sites/default/files/assets/Mgmt/2015/OIG_15-95_May15.pdf]
Scholars agree that decisions to migrate are motivated by number of factors, including economic need, threats of violence, natural disasters, and family ties. Researchers from the U.S. and Mexico interviewed a random sample of 1,100 recently-deported migrants in six cities in Mexico between 2009 and 2012. Their analysis differentiated respondents by whether they considered the U.S. to be their permanent home, and by whether they intended to cross into the U.S. again immediately(withina week) or at some time in the future. Of those who considered the U.S. to be their home, 70% intended to cross again at some point in the future.[Linkto report – https://las.arizona.edu/sites/las.arizona.edu/files/SW%20Journal%20of%20Migration%20and%20Human%20Security%20Article%202015.pdf]
A 2018 report from the Vera Institute of Justice presented a time series analysis of 22 years of immigrant apprehensions from 1992-2014 to assess how multiple factors might influence fluctuations in border crossings over time. They used statistical modeling to look at monthly data in each border sector and found no evidence that the introduction of Streamline had a deterrent effect in any of the border sectors.[linkto report – https://www.vera.org/publications/operation-streamline]

End Streamline meets regularly and welcomes visitors and new participants.
Contact us at [email protected] for meeting dates and location.